The history of Human Chess Game

The legend of the Human Chess Game dates back to 1454 when Marostica belonged to the Venetian Republic. It happened that the two noblemen, Rinaldo d'Angarano e Vieri da Vallonara, fell in love with the beautiful Lionora, daughter of Taddeo Parisio, who was the Lord of Marostica. As was the custom in that time, they challenged each other to a cruel duel to get the hand of Lionora. To avoid becoming enemy or losing them in a duel, the Lord forbade the encounter in conformity with Cangrande della Scala's Edict. He decided that the two rivals should have played a Chess Game: Lionora would take the winner as her husband and the looser would in any case join his family, marrying Oldrada, the younger sister. The match should have taken place on the square in front of the Lower Castle on a feast-day with armed living person carrying the noble ensigns of Whites and Blacks, in the presence of the Lord, his noble daughter, the Lords of Angarano and Vallonara, the noble court and the entire population. He also decided the challenge had be honored by a performance of armed men, foot soldiers and knights, with fireworks, dances and sounds. So the armed men entered the field: archers and halberdiers, foot-soldiers and knights, then the Lord and his noble court with an anxious Lionora, who is secretly in love with one of the two rivals, her faithful nurse, noblemen and their ladies, the herald, the master of arms, falconers, pageboys, maidens, standard holders, musicians, farmers; the Whites and the Blacks with their kings and queens, rooks and knights, bishops and pawns. Then fireworks and music according to the Lord's orders. This event is repeated today just like the first time, in a framework of sumptuous customs, multi-color banners, martial parades, exquisite elegance. A note of unique courtesy pervades everything; it inspires the whole re-evocation of this ancient story, which, from the darkness of remote times, still live today as a miracle of fantasy.
The orders are still given to characters and cast today in the "Serenissima Republic of Venezia" dialect. 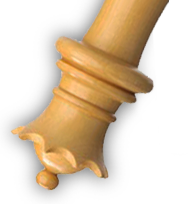 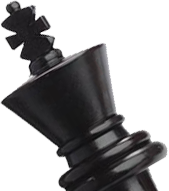 The opening is on Friday 9th September 2022

Every two years the show is performed on the big marble chessboard of Piazza Castello. The square holds 3500 numbered seats.